A Sneak Peak of A Pattern of Shadows, the Third Book in the Small Things trilogy 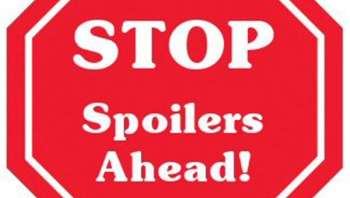 This is still very much a work in progress, so please ignore typos and bad writing in general. Also note that it contains a bit of a spoiler, so if you haven’t yet read Memories of a Ghost, you might want to read it first! And if you haven’t read Small Things or Threads, well, get thee hence to Amazon, now!

Shawn Spencer shivered, pulling his parka tighter to shield himself from the harsh wind and the falling snow. It was -25 Fahrenheit out here, and he was freezing his ass off. They’d been hiking for two miles, not wanting to alert any guards who might be guarding the compound, and he could no longer feel his toes. He looked behind him and realized their trail had been completely obscured. They could die out here, and it might be months or even years before anyone found them.

It had been a little over five years since the demon Azazel took possession of his son’s body and disappeared with the fused nickel, and they had done nothing but search for him since. If Claire Locke’s intelligence was correct, their search might finally be at an end.

Locke, who was leading their little troupe of would-be rescuers, made a motion with her hand to indicate that they should all stop moving. Shawn stopped in his tracks, as did Fred Ruskin and Shawn’s daughter, Emily. He hated bringing Emily on this trip, but they without her particular talent they would surely fail.

“If the map I have is correct, the compound should be just past that hill,” Locke said, gesturing just over a hill.

“All I see is more snow,” Ruskin grumbled, “the same thing we’ve seen for the last two miles.”

Ruskin would celebrate his 92nd birthday later this year, but still looked and moved like a man in his fifties. Both Shawn and his wife Jenny were fifty-five themselves, but appeared to be in their late twenties at most. Years ago, Shawn has used the magic of the five talismans bound together to heal them of their wounds after their battle with an immortal Mayan priest, and as a byproduct had greatly lengthened their lives. He still didn’t understand what had happened, but had long ago learned never to look a gift horse in the mouth.

Shawn glanced over his shoulder at Emily, who was gamely trudging along beside Ruskin. Like all of them, she was dressed in a white parka. An errant wisp of red hair stuck out from her hood, and the wind and snow had frozen it to her goggles. She was eighteen, and he couldn’t get over how much she resembled Jenny at that age, red hair, freckles, and all.

Mr. Kingfisher and Mr. Quarry brought up the rear. Shawn had dealt with them briefly when he was sixteen, and had been surprised when Claire suggested bringing them into the mission. Much like Shawn, they didn’t seem to have grown a day older since he first met them in 1976. To say that they weren’t nice men would be a gross understatement. They were, however, very effective, and had more than made up for the astronomical fee they charged. They seemed to have a history with Claire as well, and not a good one, but a temporary truce had been called for this mission.

Kingfisher and Quarry had a new partner now, a young Indian woman a little younger than Emily named Ms. Pahari, who currently trudged along between them. She didn’t speak much, even less than did the giant Kingfisher’s diminutive friend Quarry. Shawn wondered what her story was, but was almost afraid to ask. She and Emily had a brief conversation on the plane ride to Siberia, the barren tundra they presently found themselves, but that was it.

“Okay, I’m going to approach,” said Locke in a whisper, producing a pistol from the folds of her parka. “If I’m not back in five minutes, get the hell out of here.”

And that’s it for now. Just a taste to whet your appetite, and to give you the chance to see where I’m going with this. Stay tuned!

They’d brainstormed after breakfast, and Rose remembered something she’d read recently in the newspaper. Disneyland, Walt Disney’s theme park in California, featured an exhibit called Tomorrowland. Gavin wasn’t absolutely certain but was mostly convinced that the exhibit still existed in his time. Where better to form a bridge between 1959 and the future than something called Tomorrowland?